Since ABRSM undertook its previous survey, the percentage of children claiming to know how to play an instrument has increased significantly, climbing from 41% in 1999 to 76% today. This is a cause for celebration, particularly in England where successive government initiatives such as Wider Opportunities and the National Plan for Music Education have clearly had a positive impact. 1999 also saw the formation of Youth Music, through which significant funding was directed to out-of-school music projects and the non-formal sector.

The dominance and visibility of popular music styles also appears to be having an impact on music learning. There has been a measurable increase in the popularity of instruments such as the electric guitar, keyboard and bass guitar. All now appear in the top ten instruments played.

The piano has seen a 15% growth in interest (see Fig 26) but it is much more accessible to learners from AB social backgrounds, where 44% of children have played the piano compared with only 17% of DEs (see Fig 31). Despite its abundant use by classroom music teachers, the number of children playing the recorder has not increased to the same extent as other instruments (see Fig 44). 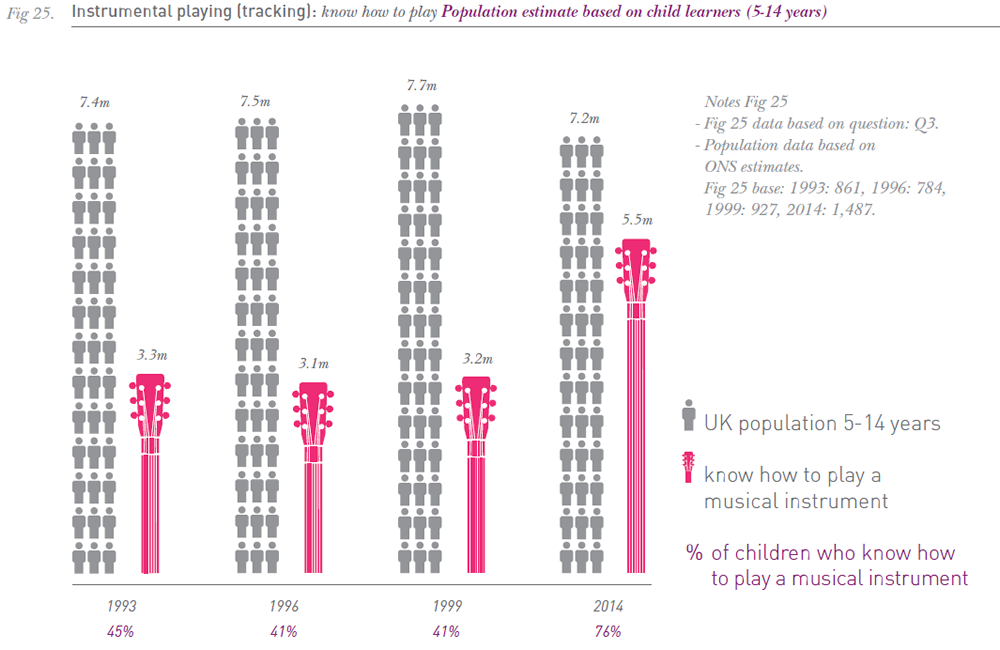 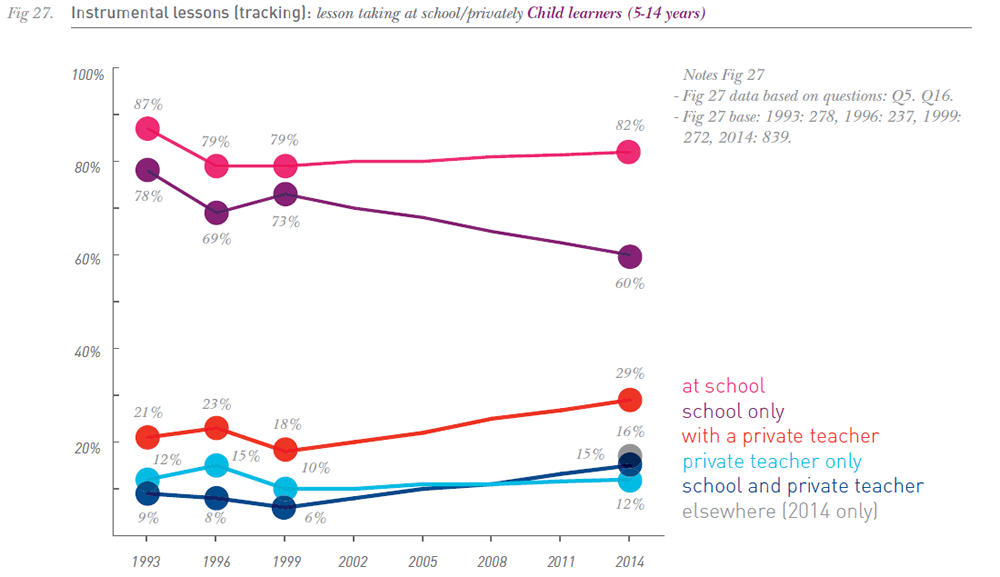 This year’s survey shows there are identifiable gender divisions, with significantly more boys playing drum kit and twice as many of them playing percussion compared with girls. Simultaneously, many more girls than boys are playing the recorder, violin and flute.

‘I like playing in the orchestra and hearing how my part fits into a piece of music’
– A learner responding to what they enjoy most about making music. 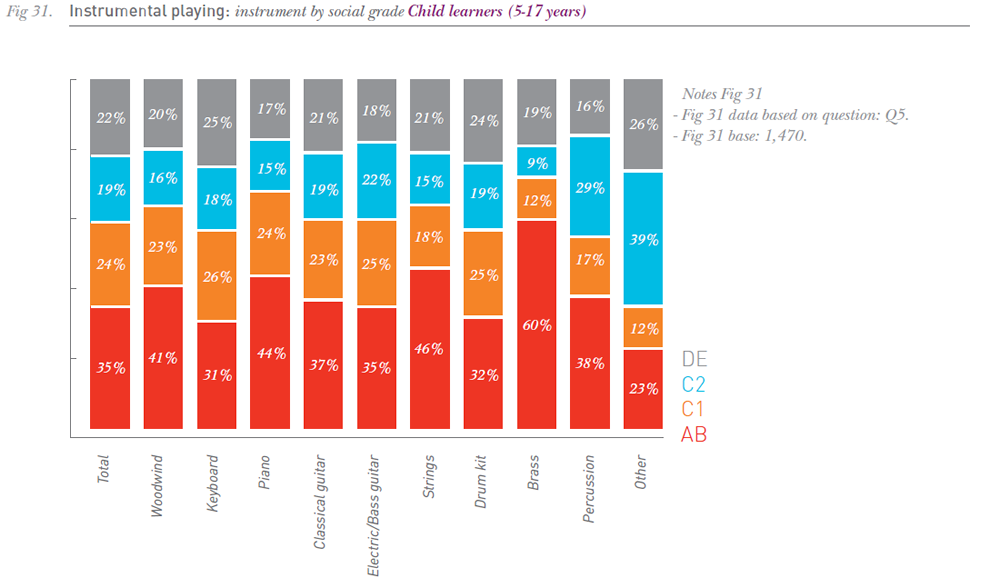 4 In previous Making Music reports, child learners were classified as aged 5-14, with adults being classified as aged 15+. In order to make comparisons with previous reports, the 2014 data for the following tracking questions has been re-filtered and re-weighted on children aged 5-14, with those aged 15+ being classified as adults. This ensures that the age profile we are comparing is consistent, allowing for us to identify changes and trends. Please refer to About this report for more detail about the data in this section.