We are pleased to confirm that we will be offering Performance Grade exams every month for the remainder of 2021. Please check our Dates and Fees page for details.

Grade 5 Music Theory waiver (not applicable in the UK & Ireland) 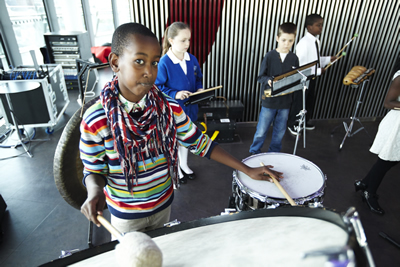 As this survey demonstrates, increasing numbers of children are playing a wider variety of instruments. As many young learners now play electric guitar as play the violin and more young people play two instruments or more. Young learners are increasingly influenced by role models when choosing an instrument to learn and, as they grow older, they make music in increasingly diverse ways. Technology, too, is providing new opportunities for anyone to engage with and create their own music.

Simultaneously, the nation’s music teachers are expressing high levels of professional satisfaction. Instrumental and singing teachers are remarkably fulfilled, reflecting the rewarding nature of their work and their enjoyment of teaching.

All this has happened in the context of changes to the education landscape, such as the increased autonomy of head teachers, a revised national curriculum and the introduction of the academy and free school programmes. There has also been a plethora of positive political and sector-led initiatives and research activity – from Musical Futures and Wider Opportunities to the Henley review of music education, the first National Plan for Music Education, the creation of Music Education Hubs and the recent Paul Hamlyn Foundation review of music in schools2. Successive governments’ policies have helped bring about real improvement. There is, then, much to celebrate.

‘It’s creative, relaxing. I can make music with friends and you never stop learning’
– A learner responding to what they enjoy most about making music.

Although the trajectory over the last 15 years is generally positive, there are areas of concern: many children and young people have not had access to instrumental lessons, while others have no engagement with formal music tuition after primary school.

Children from lower socio-economic groups continue to be significantly disadvantaged compared with their peers from more affluent backgrounds. Sustained, progressive music education tends to be the preserve of children born to wealthier parents. This report shows that adults who had private lessons as children and sat a music exam were much more likely to still play an instrument – and the higher the grade achieved, the more likely they were to continue learning.

The cost of learning to play and of taking lessons is a major barrier and children without access to tuition are significantly less likely to carry on playing. Regional provision is variable and the diverse ways in which learners progress are not necessarily well supported by the sector.

Teachers’ experiences also vary widely depending on whether they work in the private or public sector. In the latter particularly, there are examples where pay rates have dropped and job security is low. The music teaching community is increasingly diverse but, outside of the classroom, largely unregulated. Almost 50% of teachers cite a lack of support from schools and parents, plus poor motivation from students as among the most common negative aspects of their work.

There are, of course, complex factors at play. Funding realities, geographical inequities, unclear and sometimes poorly supported progression routes, the perception of music education’s value in a culture that promotes academic achievement, the role of school leaders, the lack of exposure to a range of musical styles from a young age... all these things need attention if the positive gains of the last two decades are to be continued.

2 Inspiring Music for All: Next Steps in Innovation, Improvement and Integration. Paul Hamlyn Foundation Review of Music in Schools. 2014.